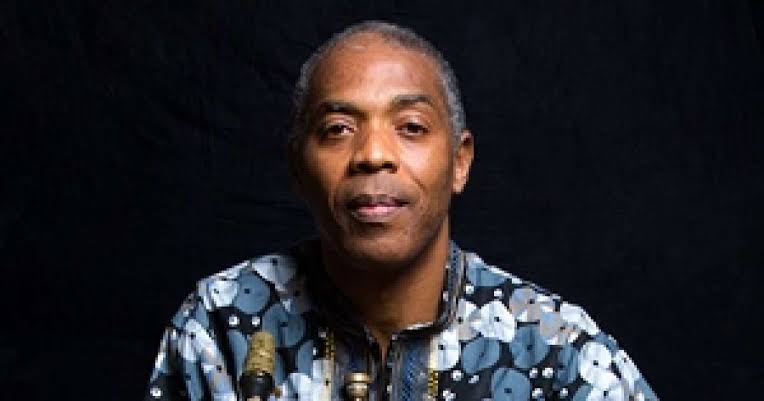 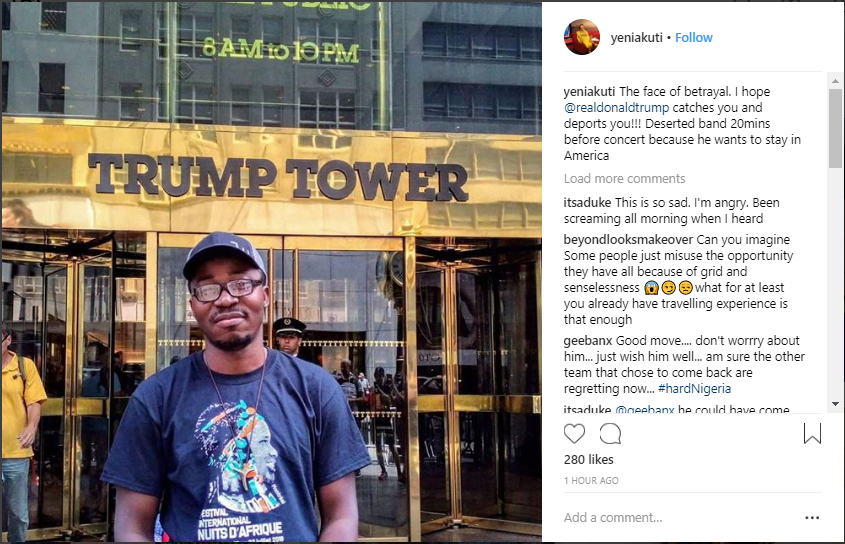 A member of Afrobeat legend, Femi Kuti’s band has escaped in the United states, 20 minutes before the band was billed to perform.

The band member – Andrew Aghedo, was the bassist for the band and was supposed to perform with the rest of the team in New York, but couldn’t be found 20 minutes before the performance.

Yemi Kuti, the sister to the Afro beat legend took to Instagram to show her frustration at what happened and called him a “Betrayer”, she said in one post:

“Femi Kuti’s band member escapes in the US. 20 minutes before performance.”

The face of betrayal. I hope @realdonaldtrump catches you and deports you!!! Deserted band 20mins before concert because he wants to stay in America.” 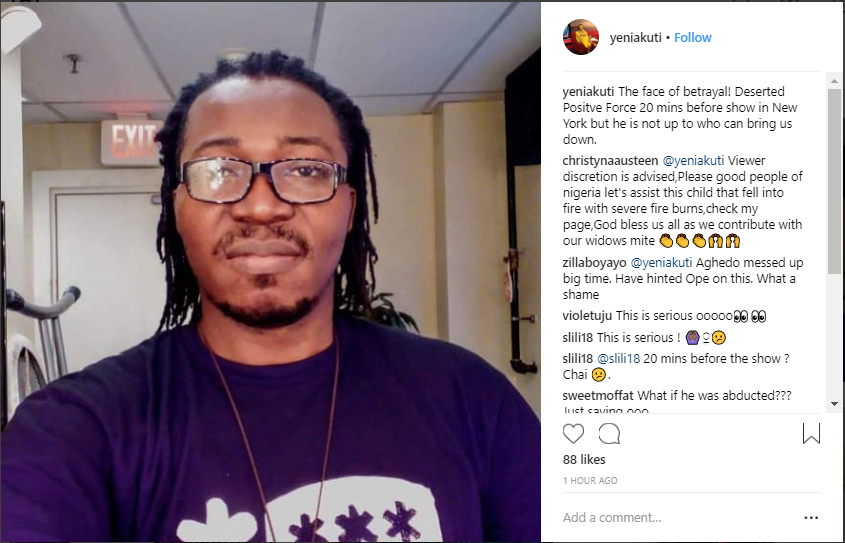