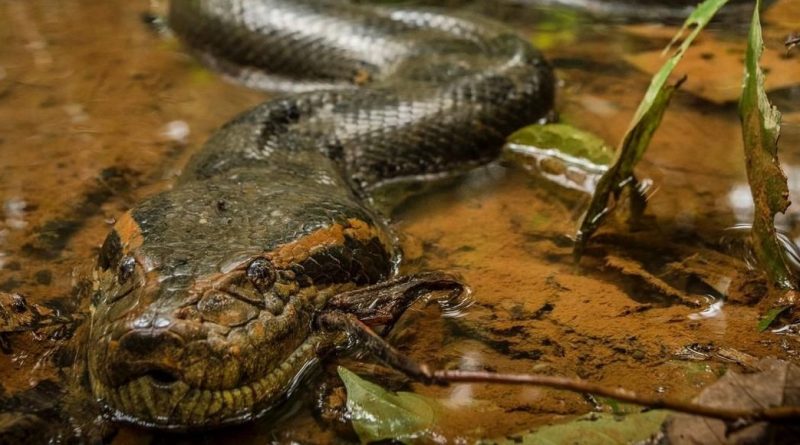 The anaconda was stretched out in a shallow stream , the red soil of the stream bottom a striking contrast to the snakes skin. Trevor Frost was about six feet away when he took the first few pictures. 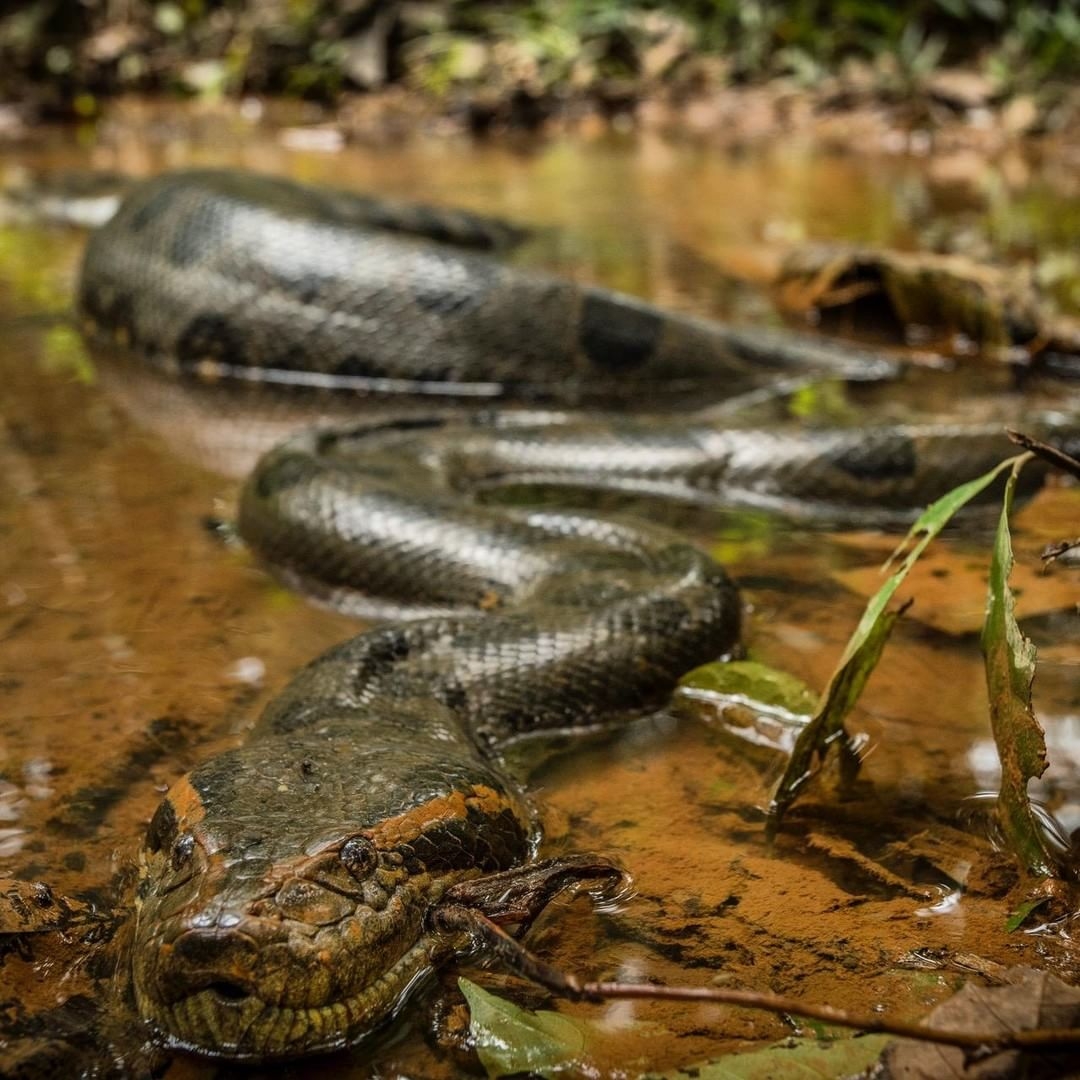 He checked the screen and I knew from his expression that it wasn’t the shot. It was clear he would need to get closer and we agreed he could do so without danger. Seconds later Trevor was lying in the stream , elbows in the mud, his camera and head only inches from the anacondas head, its black tongue flicking below the waters surface. 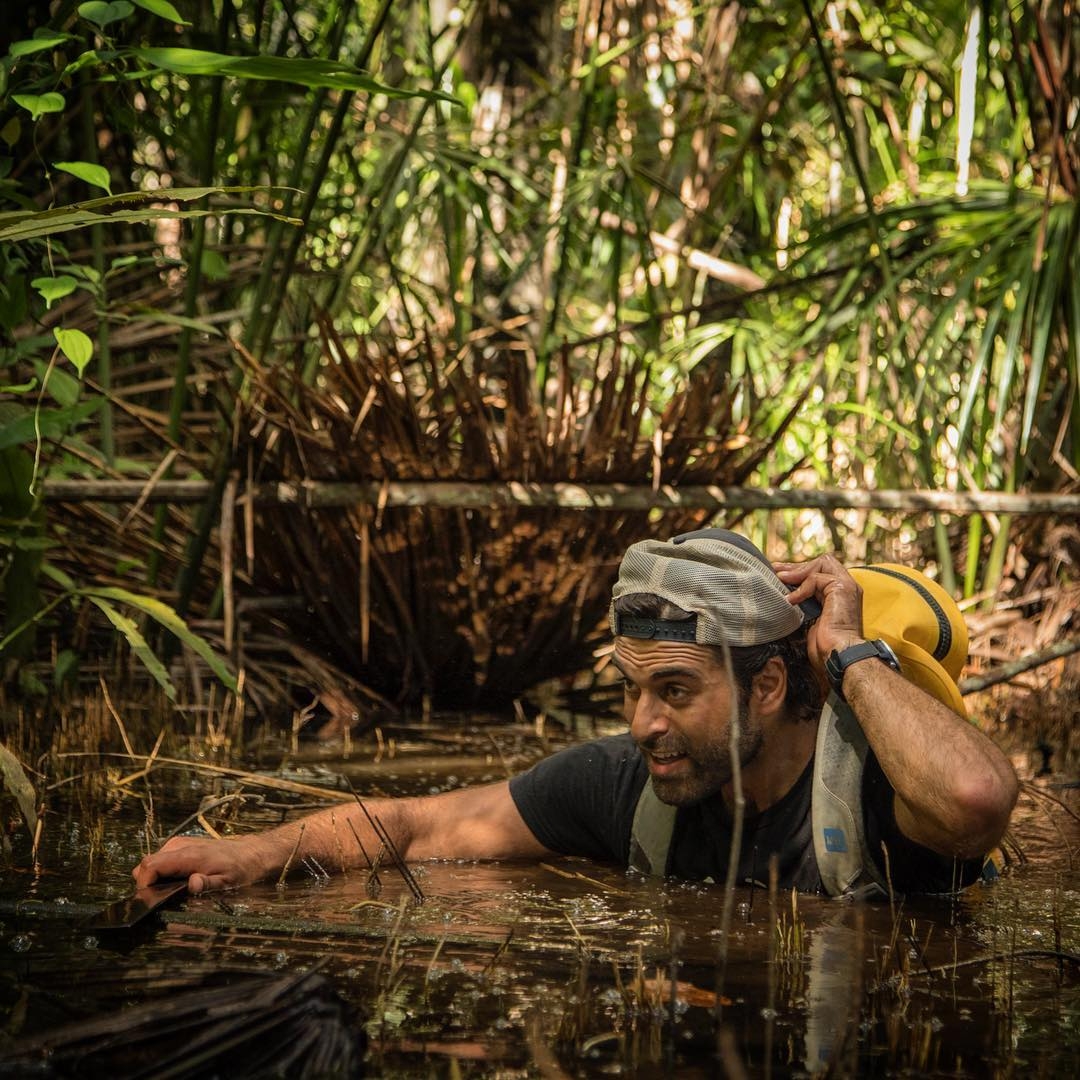 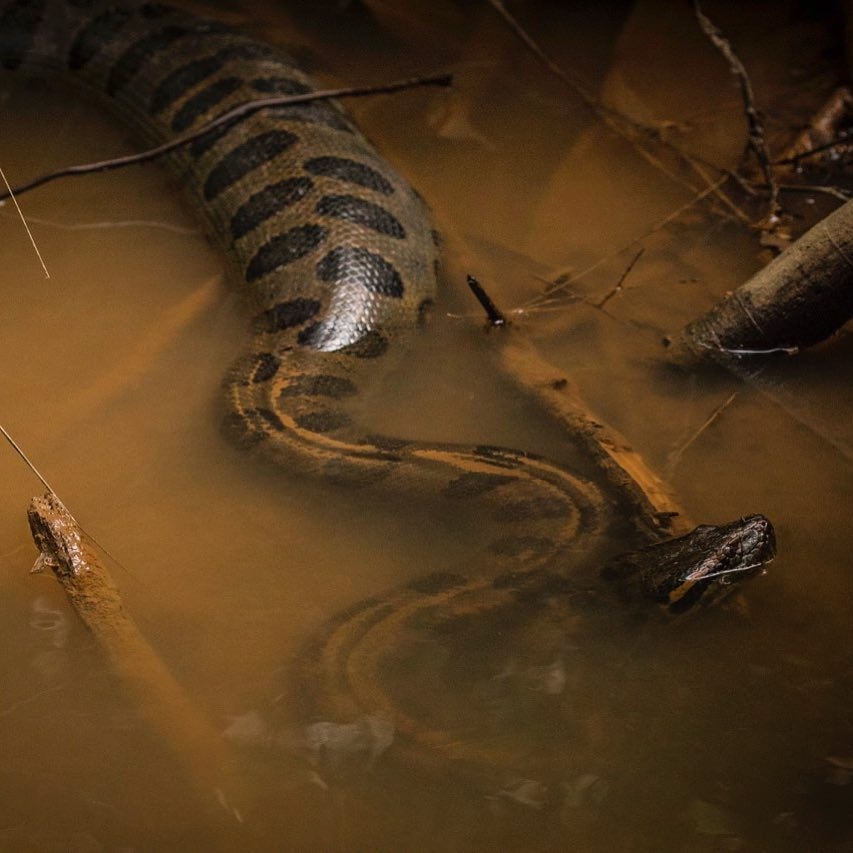 Mosquitoes gathered around his hands and face, but he couldn’t move without making ripples that might disturb the snake. This was the first anaconda we found in 40 days of searching through swamps and lakes and vegetation so dense it defies description - and we couldn’t screw up this opportunity.

In the end, the snake laid still for close to 5 minutes for the photo shoot before calmly sliding past Trevor’s shoulder.