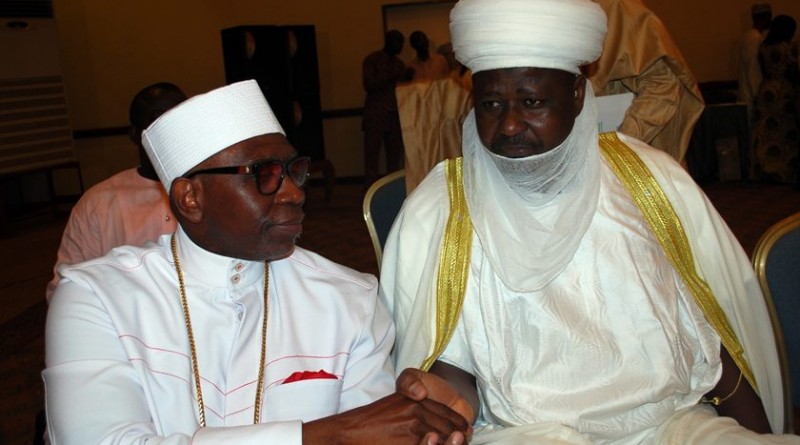 The Northern chapter of the Christian Association of Nigeria (CAN) has responded to recent news reports alleging that President Muhammadu Buhari intends to appoint a northerner as National President of the religious body. Reacting to the allegation, Pastor Haruna Karatu, the Northern Treasurer of CAN, on Monday, stated that there's absolutely nothing wrong for a northerner to emerge President of CAN.

Karatu said ‘there is nothing wrong with having a Northerner as CAN President; after all CAN started from the North. The Presidency of CAN is not for the South only.

Buhari has nothing to do with CAN, it is just a blackmail by mischief makers who want to drag the name of the President into their gimmicks.’

On the same vein, former Northeast Chairman of CAN, Rev. Shuaibu Byal stated that: “CAN started in the north in 1964 and became national in 1976. Since then, Northern Christians have never shown interest in the leadership of CAN, apart from John Onaiyekan who is from Kogi State.”

“All we do is to support anybody, in the believe that Christians are one. We back any president regardless Of tribe or region. Obasanjo was President of Nigeria when Peter Akinlola became the President of CAN, both from Ogun State. Pastor Ayo Oritsejafor became CAN President from the Niger Delta region at the time Goodluck Jonathan was President of this country.”

“So, it is unfortunate for any group to come out and say President Muhammadu Buhari is trying to install a Northern as CAN President. That is a divisive language and we don't encourage such.”

“We have Igbo people who became CAN chairmen in the Northern States. We supported Ayo’s emergence as President, so if one of us wants to succeed him, how is it a crime?”