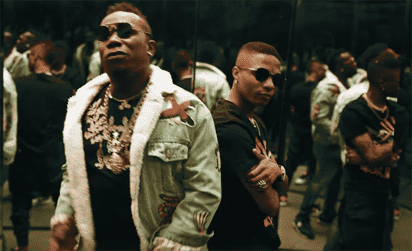 Port Harcourt first son, Duncan Wene Mighty made a stunning come back on the back of the soar away single "Fake Love". The success of the song was a collaboration with Star Boy "Wizkid".

In popular opinion, many people believe that Wizkid on the song gave it the notoriety with it gained and without which, it probably would have been just another song.

Duncan Mighty however have ignored all of the insinuations and rather chosen to appreciate Wizkid for lending his voice to the project.

“I just want to say a big thank you to Starboy Wizkid because after ‘Fake Love’, it was a big turnaround. Big shoutout to my brother, my blood Starboy Wizkid,” he said in an interview with TheNETng.