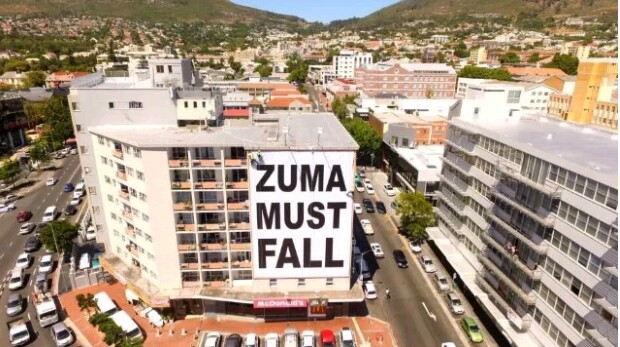 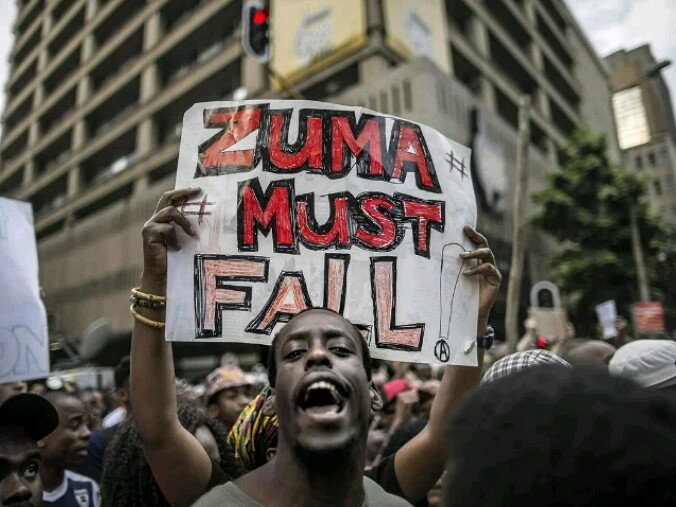 We sure cannot forget those Zuma Must Fall marches. It Looks like the team behind those marches are not planing to take a break  just yet.

A huge banner has appeared in Cape Town’s city centre at the bottom of Kloof Street, On which is Bold written "ZUMA MUSIC FALL" 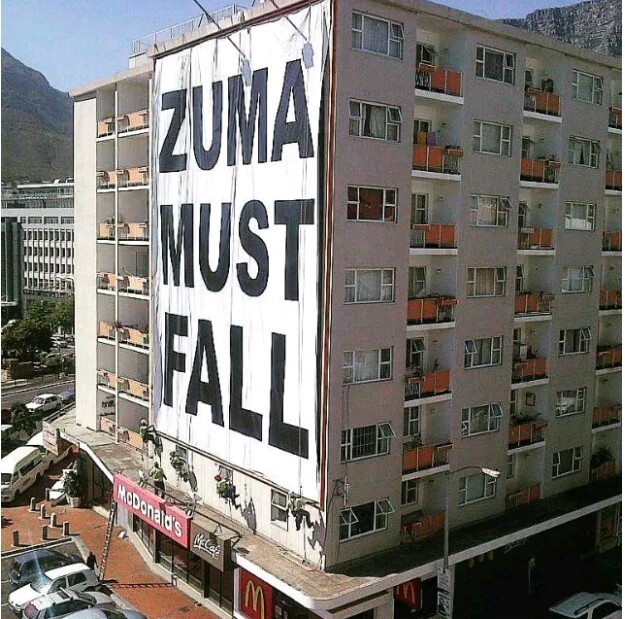