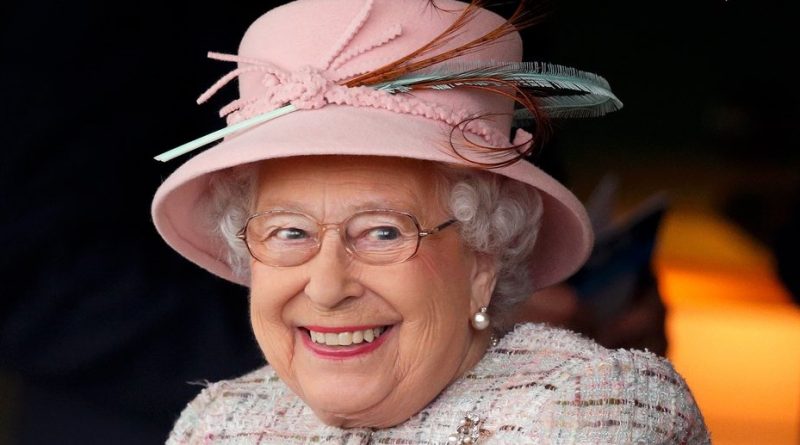 Today 2nd of June 2018 marks the 65th Anniversary of the Coronation of Queen Elizabeth II. On 2 Jun 1953, Her Majesty became the 39th Sovereign to be crowned at Westminster Abbey, where everyone Coronation since 1066 has taken place.

The Queen was crowned in St Edward's Chair. It was made in 1300 for Edward I and has been used at every Coronation since.

Here are 50 little known facts about that remarkable day on 2 June 1953:

1. Westminster Abbey has been the setting for every Coronation since 1066. Before the Abbey was built, Coronations were carried out wherever was convenient, taking place in Bath, Oxford and Canterbury.
2. Queen Elizabeth II was crowned on 2 June, 1953 in Westminster Abbey. Her Majesty was the thirty-ninth Sovereign to be crowned at Westminster Abbey.
3. Queen Elizabeth II is the sixth Queen to have been crowned in Westminster Abbey in her own right. The first was Queen Mary I, who was crowned on 1 October, 1553.
4. The Queen succeeded to the Throne on the 6 February, 1952 on the death of her father, King George VI. She was in Kenya at the time and became the first Sovereign in over 200 years to accede while abroad.
5. The Queen's grandmother, Queen Mary, aged 81 was the first Queen to see a grandchild ascend to the throne. However, she died before the Coronation took place.

6. The Coronation service used for Queen Elizabeth II descends directly from that of King Edgar at Bath in 973. The original 14th century order of service was written in Latin and was used until the Coronation of Elizabeth I.
7. The incumbent Earl Marshal is responsible for organising the Coronation. Since 1386 the position has been undertaken by The Duke of Norfolk. The 16th Duke of Norfolk was responsible for The Queen's Coronation in 1953 and he was also responsible for the State funeral of Sir Winston Churchill (1965) and the investiture of The Prince of Wales (1969).
8. The Queen and The Duke of Edinburgh were driven from Buckingham Palace to Westminster Abbey in the Gold State Coach – pulled by eight grey gelding horses: Cunningham, Tovey, Noah, Tedder, Eisenhower, Snow White, Tipperary and McCreery.
9. The Coronation Bouquet was made up of white flowers – comprising of orchids and lilies-of-the-valley from England, stephanotis from Scotland, orchids from Wales, and carnations from Northern Ireland and the Isle of Man.
10. The Duke of Edinburgh wore full-dress Naval uniform for the journey to and from the Abbey. While in the Abbey, he wore a coronet and his Duke's robe over his uniform.

11. The Queen's Coronation dress, designed by British Fashion designer Norman Hartnell, was made of white satin and embroidered with the emblems of the United Kingdom and the Commonwealth in gold and silver thread.
12. Since the Coronation, The Queen has worn the Coronation dress six times including the Opening of Parliament in New Zealand and Australia in 1954.
13. Buckingham Palace housemaids, chefs and gardeners gathered inside the Grand Hall at Buckingham Palace to see The Queen leave for Westminster Abbey.
14. The Queen's Coronation service began at 11.15am and lasted almost three hours.
15. On her way to the Coronation, Her Majesty wore the George IV State Diadem - the crown depicted on stamps. Made in 1820, the Diadem features roses, shamrocks and thistles with 1,333 diamonds and 169 pearls.

16. The Sovereign's procession was made up of 250 people including Church leaders, Commonwealth Prime Ministers, members of the Royal Household, civil and military leaders and the Yeoman of the Guard.
17. The Archbishop of Canterbury conducted the service, a duty which has been undertaken since the Conquest in 1066. For the first time in 1953, a representative of another Church, the Moderator of the Church of Scotland, also took part.
18. The Coronation service fell into six parts: the recognition, the oath, the anointing, the investiture (which includes the crowning), the enthronement and the homage.
19. The recipe for the Anointing Oil contains oils of orange, roses, cinnamon, musk and ambergris. Usually a batch is made to last a few Coronations, but in May 1941 a bomb hit the Deanery destroying the phial, so a new batch was made.
20. One of the more notable installations for the Coronation was the annexe at the west end of Westminster Abbey. This provided the necessary space in which the processions could form and disperse unseen by the crowds.

21. During the investiture, The Queen first put on the newly-made Colobium Sindonis - a loose linen-lawn garment, and then a robe of cloth of gold called the Dalmatic or Supertunica. The Lord Great Chamberlain presented the golden spurs, the symbol of chivalry, after which the Archbishop of Canterbury presented a jewelled sword, and then the armills, the golden bracelets of sincerity and wisdom. Finally, The Queen put on stole and cloth of gold Robe Royal and received the orb, the coronation ring, the glove, and then the sceptre.
22. Prince Charles was the first child to witness his mother's coronation as Sovereign. Princess Anne did not attend the ceremony as she was considered too young.
23. Prince Charles received a special hand-painted children's invitation to his mother's Coronation.
24. A total of 8,251 guests attended The Queen's Coronation ceremony at Westminster Abbey.
25. 129 nations and territories were officially represented at the Coronation service.

26. Some people in the Abbey witnessed their fourth Coronation. Princess Marie Louise (Queen Victoria's granddaughter) had also seen the Coronations of King Edward VII (1902),  King George V (1911) and King George VI (1937).
27. The Queen was crowned in St Edward's Chair, made in 1300 for Edward I and used at every Coronation since that time. It is permanently kept in Westminster Abbey.
28. The St. Edward's Crown, made in 1661, was placed on the head of The Queen during the Coronation service. It weighs 4 pounds and 12 ounces and is made of solid gold.
29. After the crown, the orb, also made in 1661, was the most important piece of regalia. It is a globe of gold surrounded by a cross girdled by a band of diamonds, emeralds, rubies, sapphire and pearls with a large amethyst at the summit.
30. The Coronation ring, known as 'The Wedding Ring of England' was placed on The Queen's fourth finger of her right hand in accordance with tradition. Made for the Coronation of King William IV in 1831, the ring has been worn at every coronation since then, except of Queen Victoria, whose fingers were so small that the ring could not be reduced far enough in size and an alternative was created.

31. BBC coverage of the Coronation was a breakthrough for the history of broadcasting. It was the first service to be televised and for most people, it was the first time they had watched an event on television.
32. 27 million people in the UK (out of the 36 million population) watched the ceremony on television and 11 million listened on the radio.
33. There were more than 2,000 journalists and 500 photographers from 92 nations on the Coronation route.
34. Among the many foreign journalists was Jacqueline Bouvier (later the First Lady of the United States of America, Jackie Kennedy), who was working for the Washington Times-Herald at the time.
35. The return route was designed so that the procession could be seen by as many people in London as possible. The 7.2 km route took the 16,000 participants two hours to complete.

36. Many people camped in The Mall to catch a glimpse of the procession, including a family who had sailed all the way from Australia in a ketch for the occasion. Thousands more celebrated throughout the country and the Commonwealth with street parties.
37. The Ministry of Food granted 82 applications for people to roast oxen if they could prove that by tradition, an ox had been roasted at previous Coronations – a welcome concession at a time the meat ration was two shillings a week.
38. The Imperial State Crown, which was worn by The Queen during her return to Buckingham Palace, contained four pearls traditionally believed to have been Queen Elizabeth I's earrings.
39. On the way back to Buckingham Palace, The Queen wore the newly-made Purple Robe of Estate. The embroidered cipher of The Queen and border of wheat ears and olive branches, took a total of 3,500 hours to complete by a team of 12 seamstresses from the Royal School of Needlework. The silk for the embroidery came from a silk farm in Lullingstone, Kent.
40. Just under 30,000 men took part in the procession – 3,600 from the Royal Navy, 16,100 from the Army and 7,000 from the RAF, 2,000 from the Commonwealth and 500 from the 'Colonies'. There were 6,700 reserve and administrative troops, while 1,000 officers and men of the Royal military police were bought in to assist the Metropolitan police. A further 7,000 police were drawn from 75 provincial forces.

41. The Queen Salote of Tonga won the hearts of the waiting crowds by refusing to raise the roof of her carriage for protection despite the rain.
42. The principal decorations for the processional route were in The Mall where there were four twin-spanned arches of tubular steel that were illuminated at night. The arches were lifted into place by giant mobile cranes. Linking the arches down the route were the long lines of standards mounted with golden crowns and each hung with four scarlet banners bearing the Royal Monogram.
43. The Queen appeared with her family on the balcony of Buckingham Palace still wearing the Imperial State Crown and the Royal Robes to greet the cheering crowds. Her Majesty appeared again on the balcony at 9.45 pm to turn on the 'lights of London'. Lights cascaded down the Mall, lighting the huge cipher on Admiralty Arch and turning the fountains in Trafalgar Square into liquid silver, until all the floodlights from the National Gallery to the Tower of London had been illuminated.
44. Coronation Chicken was invented for the foreign guests who were to be entertained after the Coronation. The food had to be prepared in advance, and Florist Constance Spry proposed a recipe of cold chicken in a curry cream sauce with a well-seasoned dressed salad of rice, green peas and mixed herbs. Constance Spry's recipe won the approval of the Minister of Works and has since been known as Coronation Chicken.
45. Numerous official photographs were taken in Buckingham Palace after the Coronation, but the most memorable are those taken by Cecil Beaton. For his defining image he posed The Queen in front of a backdrop depicting Henry VII's Chapel in Westminster Abbey.

46. The official artist for the Coronation was Polish artist Feliks Topolski, who produced a permanent record of the occasion in the Lower Corridor in Buckingham Palace. The painting was made in 14 sections, each well over a metre high.
47. The Queen's Lord Lieutenants commissioned artist Terence Cuneo to paint the Coronation ceremony and in 1954 Herbert James Gunn painted a State Portrait of The Queen in her Coronation outfit.
48. On 2 June 1953, news reached that Edmund Hilary and Tenzing Norgay had made it to the summit of Mount Everest. The Queen presented the 14 members of the expedition with special edition Coronation medals with the extra wording 'Mount Everest Expedition'.
49. The first overseas tour The Queen undertook after the Coronation was to Bermuda, Jamaica, Panama, Fiji, Tonga and New Zealand starting in November 1953. HM returned in 1954 visiting Australia, Ceylon (now Sri Lanka) Aden and Uganda – going home in Britannia from Aden via Malta and Gibraltar.
50. On 24 June 1953, the Honours of Scotland (the crown, the sceptre and the sword) were carried before The Queen in a procession from the Palace of Holyroodhouse to St Giles Cathedral. 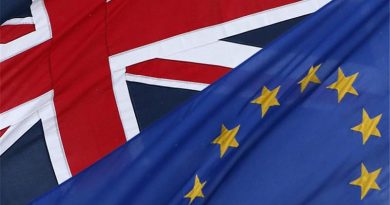