CAIRO (AP) — An EgyptAir flight from Paris to Cairo with 66 passengers and crew on board crashed in the Mediterranean Sea early Thursday morning, Egyptian aviation officials said. 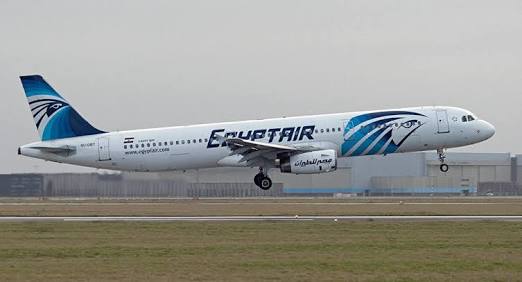 EgyptAir Flight 804 was lost from radar at 2:45 a.m. local time when it was flying at 37,000 feet, the airline said. It said the Airbus A320 had vanished 10 miles (16 kilometers) after it entered Egyptian airspace, around 280km (175 miles) off the country's coastline north of the Mediterranean port city of Alexandria.

The aviation officials later said the plane crashed and that a search for debris was now underway. The "possibility that the plane crashed has been confirmed," as the plane hasn't landed in any of the nearby airports, said the officials, who spoke on condition of anonymity because they were not authorized to speak to the media.

The official said a signal had been picked up from the plane two hours after it disappeared from radar, thought to have been an emergency beacon

Egyptian military aircraft and navy ships were taking part in a search operation off Egypt's Mediterranean coast to locate the plane. The plane was carrying 56 passengers, including one child and two babies, and 10 crew members. The pilot had 6,000 flight hours.

EgyptAir later said those on board included 15 French passengers, 30 Egyptians, one Briton, two Iraqis, one Kuwaiti, one Saudi, one Sudanese, one Chadian, one Portuguese, one Belgian, one Algerian and one Canadian.

Egypt's state-run newspaper Al-Ahram quoted an airport official as saying the pilot did not send a distress call, and that last contact with the plane was made 10 minutes before it disappeared from radar. It did not identify the official.

Airbus is aware of the disappearance, but "we have no official information at this stage of the certitude of an accident," the company's spokesman Jacques Rocca said.

The Paris airport authority and the French civil aviation authority would not immediately comment.

Queries about the missing plane sent out to the U.S. Federal Aviation Agency were not returned early Thursday.

French president Francois Hollande spoke with Egyptian president Abdel-Fattah el-Sissi on the phone and agreed to "closely cooperate to establish as soon as possible the circumstances" in which the EgyptAir flight disappeared, according to a statement issued in Paris.

French Prime Minister Manuel Valls said no scenario could be ruled out at the moment as for what caused the plane to disappear. France, he told RTL radio, was "ready" to join the search operation if Egyptian authorities requested his country's assistance.

Around 15 relatives of passengers on board the missing flight have arrived at Cairo airport. Airport authorities brought doctors to the scene after several distressed family members collapsed.

Neither France's foreign ministry nor its interior ministry would comment on the disappearance or on whether it could have been an attack.

France remains under a state of emergency after Islamic extremist attacks killed 130 people in a spree of attacks in November claimed by the extremist Islamic State group.

Greece joined the search and rescue operation for the EgyptAir flight with two aircraft: one C-130 and one early warning aircraft, officials at the Hellenic National Defense General Staff said. They said one frigate was also heading to the area, and helicopters are on standby on the southern island of Karpathos for potential rescue or recovery operations.

An EgyptAir plane was hijacked and diverted to Cyprus in March. A man who admitted to the hijacking and is described by Cypriot authorities as "psychologically unstable" is in custody in Cyprus.

The incident renewed security concerns at Egyptian airports after a Russian passenger plane crashed in Sinai last October, killing all 224 people on board. Moscow said it was brought down by an explosive device, and a local branch of the Islamic State has claimed responsibility for planting it.

In 1999, EgyptAir Flight 990 crashed into the Atlantic Ocean near the Massachusetts island of Nantucket, killing all 217 people aboard, U.S. investigators filed a final report that concluded its co-pilot switched off the autopilot and pointed the Boeing 767 downward. But Egyptian officials rejected the notion of suicide altogether, insisting some mechanical reason caused the crash. 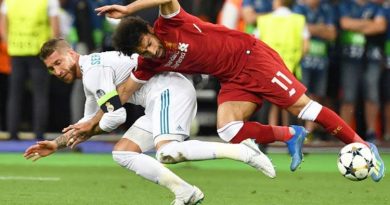 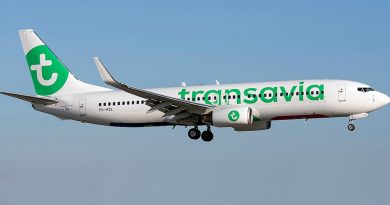