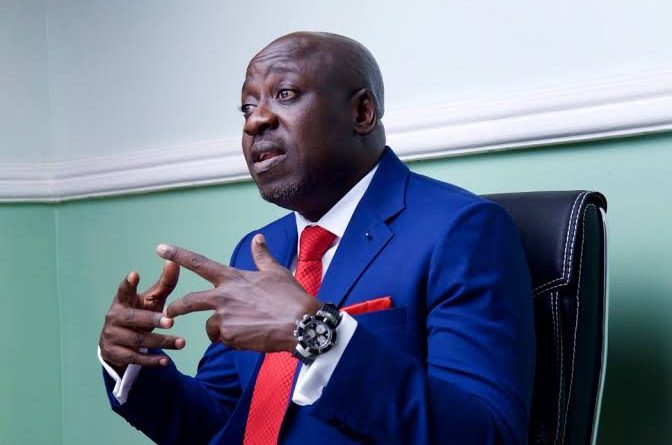 Barely 24-hours after Senate President Bukola Saraki announced his defection from the APC, spokesman for the APC Bolaji Abdulliah confirms His defection.

The APC spokesman last week denied defecting from the APC but in a sudden switch has made shocking revelations about his loyalty to the party.

In a statement made available to Pulse.ng on Wednesday, August 1, 2018, Abdullahi said he was resigning his position as APC spokesman and membership due to the dissolution of the Kwara State executive of the party.

The statement reads in full:

“In view of recent political developments in the country and within the All Progressives Congress (APC), I have decided to resign my position as the National Publicity Secretary as well as my membership of the party with effect from today.

“In the last few days, I have had to endure the flagrant usurpation of my role as the spokesman of the party in a manner that I consider unbefitting of a ruling party and inconsistent with my ethical standards.

“I have served the APC honestly and to the best of my ability and when I stood for and won my election at the last convention; it was a keen desire to continue to do so. However, in a situation whereby my loyalty is constantly brought into question; my subordinates deployed to subvert my office; and my views constantly second-guessed on the basis of my political affiliation, it has become imperative for me to review my position.

“Since assuming office as the spokesman of the party, I have tried to set a new template for public political communications in a way that departs from the vulgar abuse and verbal aggression of the recent past, where cheap lies and crude propaganda were normalised as politics, and even celebrated as measures of competence. Unfortunately, those who felt I was not “forceful enough” framed my ethical disposition as evidence of a lack of commitment to the party.

“The unlawful dissolution of the validly elected party executive in Kwara State earlier in the week was only another phase in the unrelenting assault I have had to endure. As a national officer of the party, who sit in that Committee, courtesy should demand that my views be sought on a matter that concerns my State and in which I am directly involved. That action was, to say the least, disrespectful.

“Quite recently, we all took the oath to do justice to all and not allow personal interests to interfere with our official responsibilities. With this obviously presumptuous action, and the decision to appoint as chairman of caretaker committee, the same man who had emerged as the chairman from the parallel congress in my State, the NWC has taken sides, violated its oath office and subverted its own credibility as an impartial arbiter. Yet, these are the same people that have continued to insinuate that others are serving interests other than those of the party.

“Politics is local, and my personal stake in the issue of Kwara makes it incongruous for me to continue to sit as part of the working committee of the party. Clearly, I cannot continue to function as the spokesman of a party whose expectations of that role is incompatible with my personal principles. In the same token, I can no longer justify to myself that I should remain in a party which has now made it clear to the world that the political group that I belong is no longer wanted, and which has hung my membership of that group as an albatross around my neck.”