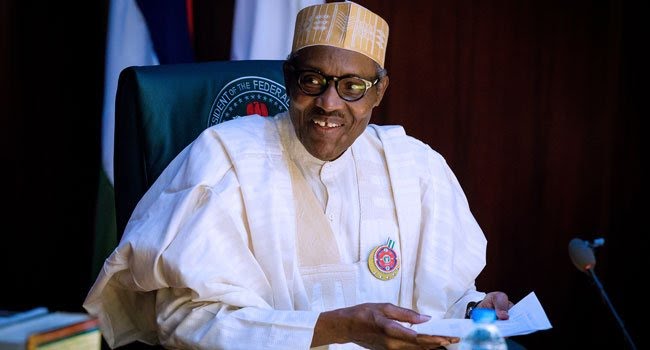 President Muhammadu Buhari has announced June 12 as the new date which Democracy Day will be celebrated in Nigeria.

The President in a tweet on his official handle explained why June 12 will replace May 29. He noted that June 12 is a more symbolic day. 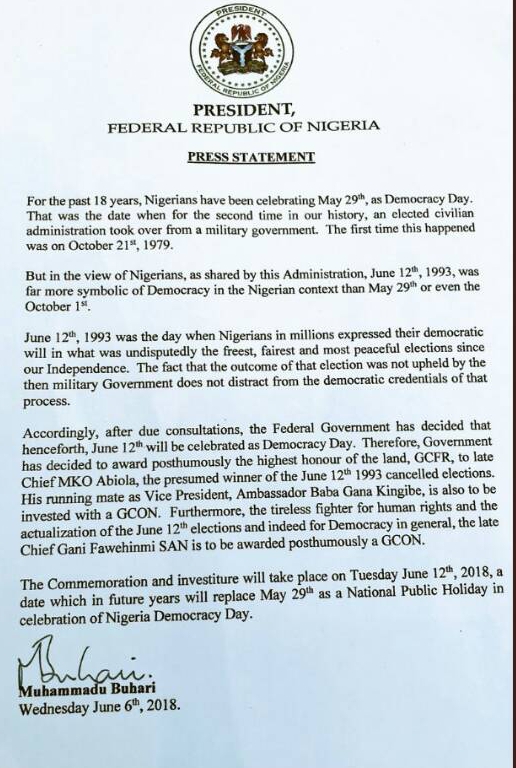 “Dear Nigerians, I am delighted to announce that, after due consultations, the Federal Government has decided that henceforth, June 12 will be celebrated as Democracy Day.

“We have also decided to award posthumously the highest Honour in the land, GCFR, to Chief MKO Abiola.

“In the view of Nigerians, as shared by this Administration, June 12, 1993, was and is far more symbolic of Democracy in the Nigerian context than May 29, or even October 1,” his tweet read.

President Buhari also conferred a national honour on Baba Gana Kingibe and recognised late Gani Fawehinmi for his role in the actualisation of the June 12 elections.

“Furthermore, the late Chief Gani Fawehinmi, SAN, a tireless fighter for human rights and democracy, and for the actualisation of the June 12, 1993 elections, will be posthumously awarded a GCON.”

Buhari said further that, June 12, 1993, election was the freest, fairest and most peaceful election since Nigeria’s Independence.

“June 12, 1993, was the day millions of Nigerians expressed their Democratic will in the freest, fairest and most peaceful elections since our Independence. That the outcome of that election was not upheld by the then military Govt does not detract from its democratic credentials,” he said.

The commemoration and investiture, the President added, will take place on Tuesday, June 12, 2018, “a date which in future years will replace May 29 as a National Public holiday in the celebration of Nigeria’s Democracy Day.” 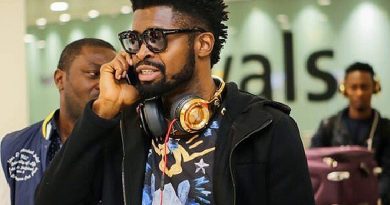 Photos – Basketmouth gets knighted by the Queen of England