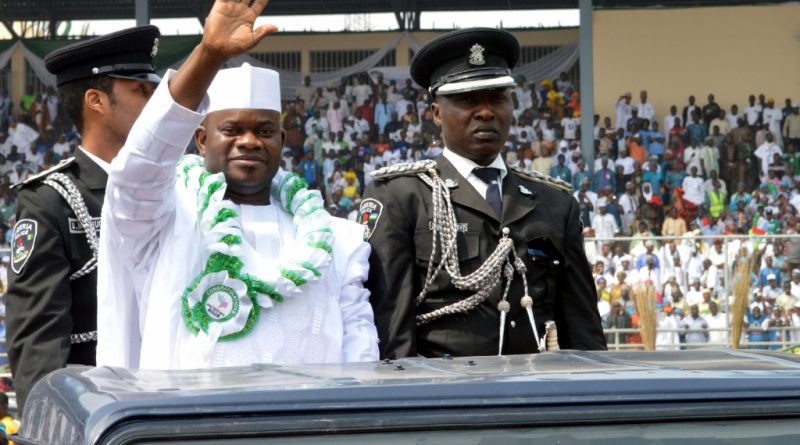 Barely a week after he became governor of Kogi State, Yahaya Bello approved for himself a total of N260 million as security votes, PREMIUM TIMES reports.

Mr. Bello, who is currently Nigeria’s youngest governor, was sworn into office at an elaborate ceremony on January 27 after his party, the All Progressives Congress, APC, fielded him as replacement for its former candidate, Abubakar Audu.

Mr. Audu was in clear lead in the November 21, 2015 governorship poll but suddenly died before the Independent National Electoral Commission (INEC) concluded the election.

Mr. Bello was fielded as the APC replacement during the re-run poll in some areas of the state. His candidacy was fiercely opposed by the deputy governorship candidate of the party, James Faleke.

In the document, Mr. Bello was requested to approve N15 million as his security fund.

He approved the payment of the fund two days later, on January 29.

The Government House Permanent Secretary raised yet another memo just four days later on February 2, with a fresh request for security fund. This time, the amount was jerked to N20 million.

The governor did not waste time as he gave prompt approval for the release of the funds on the same day.

It however became apparent that the money was not enough because Mr. John again raised another memo for the release of more security funds the following day, February 3.

In the new memo, Mr. Bello was requested to approve the “release of the sum of Five Million naira (N5, 000,000, 00) only for the replenishment of your Excellency’s security fund which has just been exhausted.”

Not done, the permanent secretary who is a Reverend Pastor, quickly returned with another request on the same day (February 3, 2016) seeking Mr. Bello to release another “N20 million for the replenishment of his security fund which has just been exhausted.”

The governor did not hesitate to give the approval for the release of the funds.

Five days later, on February 8, the Permanent Secretary, again initiated a memo indicating that Mr. Bello’s security fund had yet again been exhausted and sought approval for N100 million to be released to “replenish” it.

A few hours later on February 9, Mr. John raised another memo informing his principal that the security fund he approved hours earlier had been exhausted and that he needed to approve another N100 Million.

The exact amount that has been expended so far as security funds cannot be confirmed, but documents obtained so far indicate that between January 27 and May 12, Kogi State taxpayers could have coughed out billions to their profligate governor. 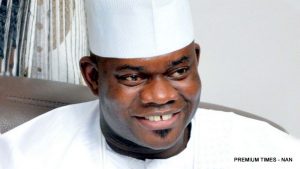 N148 Million for furnishing and renovation of office

While Mr. Bello was drawing millions under security funds, he also approved over N148 million to furnish and renovate his office at the Government House.

For this, Mr. John, the Government House permanent secretary, as usual, came up with another memo on February 1.

The memo was titled, “Request for the furnishing and maintenance of the Governor’s Office, Kogi State Government House”.

In it, Rev. John requested the governor to approve N99, 983, 994.00, being a proposal by a company, Maj Global Construction Company Ltd, for the furnishing and renovation of the governor’s office.

Mr. Bello promptly granted approval on the same day the request was made.

However, Rev. John returned a month later on March 4, with a memo telling the governor that the over N99 million he earlier released for the furnishing and renovation of his office, was not enough.

He, therefore, requested the governor to release additional N48, 593, 250.00 “for additional works on the renovation/furnishing and maintenance of the governor’s office at Kogi Government House”.

Governor Bello gave approval on the same day the request was made.

PREMIUM TIMES also obtained copies of the document detailing the release of the fund approved for the furnishing and renovation of the governor’s office.

The first document dated February 4, from the Ministry of Finance and Economic Development showed that the sum of N99, 983, 994.00 was released as “Grant/ Special imprest in favour of the perm secretary in the Government House Administration”.

The other document, dated March 9, was also for the release of N48, 593, 250.00 as “Grant/Special imprest in favour of the permanent Secretary, Government House Administration to cover additional works for the furnishing and maintenance of the Governor’s office at Kogi Government House”.

While the governor engaged in a spending spree for his luxury, state workers and pensioners remained unpaid for months.

Analysts believe that while Kogi State has had a flicker of militant activities by members of the Boko Haram group, the state has remained largely a relatively peaceful state.

When PREMIUM TIMES contacted the spokesperson to the governor, Kingsley Fanwo, he confirmed the spending but said they were necessary.

“It is public knowledge that Kogi State has been contending with serious security breach for the past 10 years,” Mr. Fanwo said.

“As a result of the location of the state as gateway to many states of the federation, the state drifted into a criminal hotbed.

“Also, years of gross maladministration and blinding embezzlement has left the youth bare, exposing them to all sorts of criminal activities to survive. Kogi became a haven of robbers and kidnappers.”

As a responsible government, he argued that the Yahaya Bello administration has taken security to the front burners by strengthening the state’s security architecture in order to make it inhabitable for hoodlums and criminal elements.

Because of his principal’s huge investment, he said security in the state had greatly improved while however, adding that “security vote is not usually a subject for public consumption and no cost can be higher than human lives.”

He said Governor Bello would continue to prioritize security because it was one of the main objectives of his election.

Continuing, he said, “Let me also put on record that the Governor Yahaya Bello administration is contractually committed to fighting corruption and enthroning transparency in the polity. These are the terms of his social contract with the Kogi people.”

“If you have ever been to the Kogi State Government House in Lokoja, you will appreciate the rot of the architecture. It was not befitting of one of the most historic Government Houses in Nigeria.

“In tandem with the present administration’s drive to turn the economy of the state to a private sector driven one, we need to start our charity at home. People must love to come to our Government House to transact businesses.”

For these reasons, he said the Government House was undergoing massive renovation to make it habitable and to mirror the image of the state as a first-rated tourist destination.

Being what he described as “an accomplished business mogul” who believes he assumed power by the grace of God, he said Mr. Bello had always reiterated his determination, not only to block corrupt practices, but to also ensure corrupt officials of government were made to face the wrath of the law.

To underscore its transparency, he said the administration opened its account books to the people of the state.

Besides, he said the governor constantly briefed the media on the income and expenditure of government.

“Massive constructions are ongoing in the state and the Governor is focused on ensuring transparent and active performance of this year’s budget,” the governor’s spokesperson said.

“The antics of our opponents will be judged by the people of the state who are already witnessing the benefits of the New Direction Programs. The bulwark of the Yahaya Bello administration is transparency.” 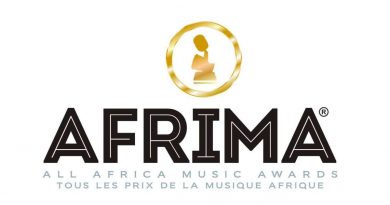